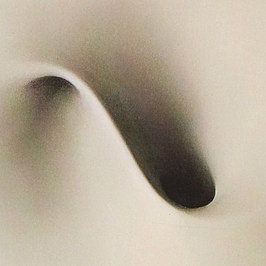 The Robin Trower story started in the mid-Sixties when he began his recording career in the Southend rhythm and blues band The Paramounts. But the first time Trower pinged on
rock’n’roll’s radar was in 1967, with Procol Harum – house band of the Summer of Love. Though he did not play on their mega-hit ‘A Whiter Shade Of Pale’, he completed five albums and many tours with them before breaking away for a solo career in 1971. Robin admits that “the big break for me was Gary Brooker getting me to join Procol. That opened up the whole world. Without that I would never been able to go on and do what I’ve done.”
Trower modelled his own band on the power-trio blueprint of Cream and Taste, and, of course, the Jimi Hendrix Experience. His atmospheric, effects-laden Stratocastering brought inevitable initial comparisons with Hendrix, but he quickly made his own mark. Something’s About To Change was released in 2015 confirms a world-class musician at the top of his game. With his own record label allowing Trower to bypass the spirit-sapping protocol of the conventional record industry, it comes to no surprise this new album sounds so vital. While palpably influenced by Trower’s deep love of post-war U.S. blues, its personal themes and visceral music means that it will resonate with every
generation.
WEDNESDAY,
APRIL  26TH  FITZGERALD THEATER
Doors:6:30PM   Show:7:30PM
All Ages
TICKETS ON-­‐SALE FRIDAY, JANUARY 27TH AT 12PM
Reserved Seating: $59.50 & $34.50 plus applicable fees
Reserved tickets available at the Fitzgerald Theater Box Office,
Charge by phone at 800-­‐514-­‐3849
and
online at www.etix.com
Presented by Rose Presents

Categories: Concerts
Comments
Leave A Comment
Back To Top