Yeah, I know, did I really have to put the drummer's name in the title?  I don't think so, because we all know John Bonham was hands down the best rock drummer ever. 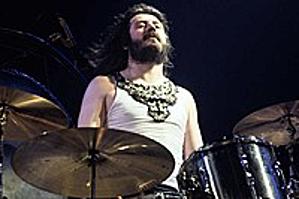 There are those among us that would argue that Neil Peart is the best and they are entitled to their opinion, however wrong it may be.

Sure Neil has those fancy rolls down and is very showy. Bonham, on the other hand was a master at his craft. His playing pretty much defined the sound of the greatest rock band ever, Led Zeppelin.

Had we not lost John Bonham to drunken asphyxia in 1980,.one can only imagine what Zeppelin would have gone on to had they not disbanded after Bonham's death.

I'm sure I'll get a lot of dissenting opinions on this but John Bonham was the best rock drummer ever, period!  And like I stated before, you are all allowed you wrong opinions, however wrong they may be.

Check out the video below