There have been a lot of people on my newsfeed sharing this Costco $75 gift card post.

An image of what is said to be a Costco coupon is being shared on social media, but the company warns, this is a "SCAM."

Costco posted a message to their Facebook page Tuesday urging customers to stop sharing the fake coupon saying, "Costco is NOT giving away $75 coupons." The company urged fans and members of the chain of membership-only warehouse clubs that "this offer is a SCAM, and in no way affiliated with Costco."

You would see a coupon looking something like this one...

The fake coupon, much like the one below, has been a recurring problem for the retailer. The scam works by promising social media users that a voucher will be sent to them if they share the image of a fake Costco coupon said to be worth $75. 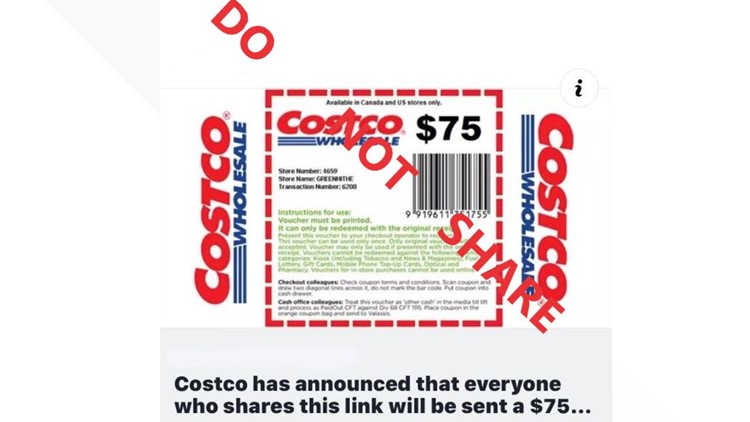 Also, chances are if you do share it on Facebook, they will just take it down because it is a fake. Facebook has rules about things like this, so many times they won't let it go on as soon as they know about it.
Categories: Baxter's Morning Side Show, Best of St. Cloud, Explain This to Me, Loon Morning Show
Comments
Leave A Comment
Back To Top
'Biggest Ice Maze In America' Opening In Minnesota